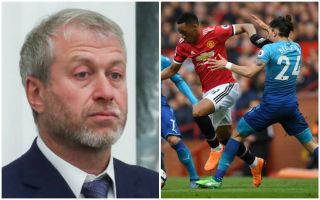 Manchester United are reportedly ready to sell Anthony Martial for around £70million in this summer’s transfer window, which could be good news for Chelsea.

The France international hasn’t had a lot of joy at Old Trafford this season, failing to start as many games as he would have liked and not always making enough of an impact in the limited time he’s been given.

Chelsea could be ready to pounce on his uncertain situation with United, having made him one of their top targets ahead of next season, according to the Daily Mail.

United would accept £70m for Martial as his representatives prepare to hold talks over his future with the club before the end of the month, according to the Sun.

It is not yet clear how Martial would fit in at Chelsea, but the Blues do look in need of a shake-up in a number of areas after a disappointing season finishing outside of the top four.

Antonio Conte’s side did manage an FA Cup final victory over United yesterday, but there seems room for tweaking things around in the squad.

Don Balon have also recently linked Eden Hazard with Real Madrid, and Martial could be an ideal replacement on the left-hand side of their attack were the Belgian to depart Stamford Bridge.