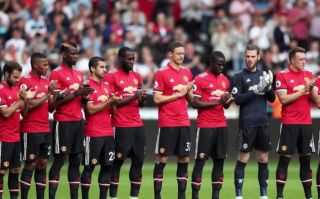 Manchester United midfielder Paul Pogba appears to have dropped a worrying hint over his future with an Instagram post today.

The France international has not enjoyed the best of seasons at Old Trafford, and played for United yesterday as the club lost 1-0 to Chelsea in the FA Cup final.

This follows a number of rumours in recent months that Pogba doesn’t get on with manager Jose Mourinho and isn’t happy with his role in the team.

Big clubs like Real Madrid, Barcelona and Paris Saint-Germain have been linked with the 25-year-old since then, and he’s now got fans worried with this Instagram post.

In what sounds a lot like a goodbye, Pogba says: ‘Merci to all the supporters for the season with us, for being part of my life and letting me enter yours. Without you, we can’t be UNITED.’

It may just be slightly poorly-worded, but after all that’s gone on it’s a little bit of a worry to see Pogba talk about the fans being ‘a part of his life’ as though he’s now set to move on to a new part.