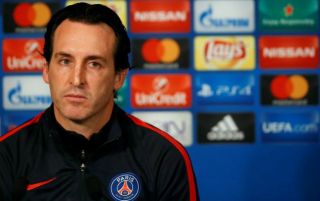 While Gooners were sceptical about Mikel Arteta due to his lack of experience, there at least seemed to be a long-term vision in place involving a promising young coach with an obvious connection to the club from his playing days.

MORE: Why Arsenal look set to appoint Unai Emery instead of Mikel Arteta

BBC Sport now report that Emery is the leading candidate to replace Arsene Wenger this summer after leaving his role at Paris Saint-Germain.

That’s not all that’s got Arsenal fans rattled though, with many also extremely displeased to see Petr Cech has been given the number one shirt for next season.

The Czech Republic goalkeeper has looked past his best for some time now and many would surely agree a new signing is needed in that position.

Bernd Leno has been linked as a possible replacement by the Daily Mirror, and while a squad number change doesn’t automatically rule that out, it signals that Cech is very much still the first choice at the Emirates Stadium.

Please pray for Arsenal fans during this difficult time…

Unai Emery the new boss and Petr Cech given the No.1 shirt. We are no longer a serious club. Now an official parody.

Hiring Emery, giving Cech the #1 shirt, buying Sokratis and extending Wilshere's contract. This is a nightmare scenario in so many ways.

Confirmed the worst day in the history of Arsenal Football Club

Unai Emery as manager and Petr Cech given the number one shirt is probably the worst 30 minutes to happen to this club since Samuel Eto'o and Juliano Belletti. #afc

I can’t believe Cech has been given the no 1, he’s in decline. Hopefully Emery won’t be scared to spend or works the axe

Unai Emery is going to be our new manager and Petr Cech is our new number 1, meaning he’s staying for at least another season.