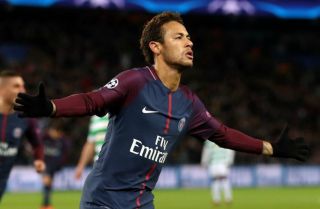 Neymar only joined Paris Saint-Germain last summer, but speculation has already linked him with a move to Real Madrid ahead of next season.

Albeit his campaign was cut short by injury, the Brazilian international was still able to make his influence felt with 28 goals and 19 assists in 30 appearances to set the capital club on their way to a domestic treble.

As noted by Sky Sports, the 26-year-old continues to be linked with a high-profile switch to the Bernabeu to join Madrid though, something that new PSG boss Thomas Tuchel has insisted that he’s keen to avoid seeing happen.

While the German tactician has arrived this summer to replace Unai Emery, he’ll be desperate to keep Neymar in the squad to spearhead his pursuit of major honours after a previously impressive short stint at Borussia Dortmund.

“I met Neymar last Sunday. It was an important meeting. He’s an artist, one of the best players in the world, a key player to help us win our matches,” said Tuchel, as per Sky Sports.

“If we find a way to build a structure around him, so he can show all his talent on the pitch, I think we have a key player to win our games.”

That sounds very much like Tuchel wanting Neymar to be a fundamental part of his plans, and now Guillem Balague has suggested that meeting mentioned in the report above was seemingly positive on both sides as it was enough to convince the former Barcelona superstar to stay where he is.

That’s a huge boost for the Ligue 1 champions if accurate, and it’s certainly a positive first impression of Tuchel in his ability to convince the club’s biggest name to remain and snub a potential option of returning to Spain.

However, like any other coach, he’ll be judged by results on the pitch, and while PSG have such a strong squad to repeat their domestic dominance next season, they are still looking to make a major breakthrough in the Champions League and Neymar will be pivotal in doing that.

Neymar thought seriously about leaving PSG. He has not been the happiest and that suspicion created a series of press stories about him and Real Madrid. Real kept open ears/mind about it. He also wanted to leave FCB after one season. It takes him a while to settle. But now… pic.twitter.com/rJHUhHr9Cf

… after chatting to Tuchel last Sunday, a meeting described as “fantastic”, Neymar is convinced his future has to remain in Paris. That’s the nature of world class young players: confused by so many opportunities. Also, I feel he realised it was impossible to leave this summer