Gareth Southgate has nominated Tottenham striker Harry Kane to captain England at this summer’s World Cup, according to Sky Sports.

The Tottenham ace has 12 goals in 23 appearances for the Three Lions thus far and gets the nod ahead of Liverpool captain Jordan Henderson and teammate Eric Dier, both of whom have captained Gareth Southgate’s England teams previously, with The Express suggesting in March that the former would get the armband.

Kane captained England for the first time in their 2018 FIFA World Cup qualifier with Scotland at Hampden Park, scoring an injury-time equaliser to rescue a 2–2 draw and Southgate expects Spurs’ hitman to lead by example once again.

As reported by Sky Sports, Southgate said: “Harry has some outstanding personal qualities. He is a meticulous professional and one of the most important things for a captain is that they set the standard every day.

“He has belief and high standards and it is a great message for the team to have a captain who has shown that it is possible to be one of the best in the world over a consistent period of time and that has been his drive.

“My feeling is that over the last 18 months in the camps that he’s been with us he has shown that he has got the desire to take that into a team environment and he recognises the importance of bringing others with him.

“Of course, Harry will need the support of the other good leaders that we have got around him. You don’t become a top team by just having a good captain with good values because that has got to spread right throughout the group but I think he is the one who is ready to take that challenge on.” 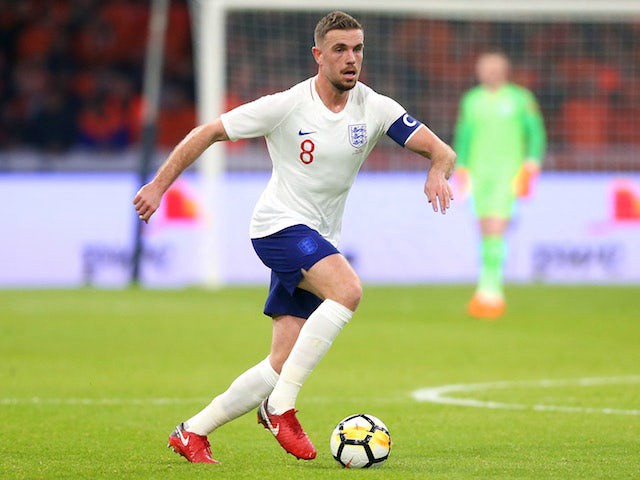 Jordan Henderson has captained for Southgate too

Kane has once again proved to one of the world’s best strikers and scored 30 Premier League goals for the first time in his career last season.

Kane has captained England on four of his six appearances under Southgate and he is relishing at the prospect of leading his country out and fulfilling his boyhood dream.

“It is an amazing honour. You always dream of playing for England growing up and to be the captain is that little bit more,” said the Spurs striker, as per the report from Sky Sports.

“I’m so excited for the World Cup. I can’t wait to be there and experience it. To be leading the lads out is going to be special.

“But for me, nothing changes. I’m still the person, the same player. It is just about the team. We will do what we can and go as far as we can.”