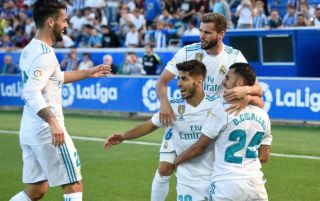 Liverpool have reportedly been dealt a transfer blow as it’s claimed that one of their targets this summer isn’t keen on the idea of a switch to Anfield.

It’s been a difficult year for Dani Ceballos, as after joining Real Madrid last summer, the 21-year-old managed just 22 appearances in all competitions this past season.

A combination of fierce competition for places and perhaps a lack of faith from Zinedine Zidane have resulted in a frustrating campaign, which in turn has led to unsurprising suggestions of an exit to enjoy a more prominent role elsewhere.

According to Don Balon, as re-reported by The Express, it’s claimed that he’s not open to the idea of a move to Liverpool, and instead prefers a return to Real Betis, which could be a blow for Jurgen Klopp.

Emre Can still hasn’t signed a new contract and so with his current deal on the cusp of expiring, there may be a void to fill for the Reds, albeit they have confirmed that Naby Keita will arrive, as noted by the club’s official website.

In turn, it makes sense if Liverpool are eyeing midfield reinforcements this summer as they won’t want to be left short in that department in order to compete on various fronts. Rather than merely replacing an outgoing star, Klopp will perhaps want to add quality and depth ahead of next season.

As for Ceballos, it has be argued that if accurate, his desired wish to return to Betis is a sensible one. After seeing his progress stunted this season, the last thing he needs to do is leave Real Madrid for a new league and new environment, which risks not working out for him and setting him back further.

Instead, a return to Betis, where he has previously impressed and knows the environment, would arguably be the most sensible career move at this stage for him.