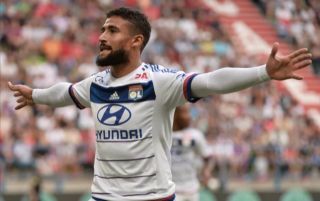 Lyon president Jean-Michel Aulas has told prospective clubs interested in signing France star Nabil Fekir that they must break the bank for the playmaker, according to the Metro.

Yesterday, as reported by The Mirror, via L’Equipe, it was said that Liverpool were planning to begin talks for £60m-rated Lyon star Nabil Fekir after the Champions League final.

READ MORE: Who is Nabil Fekir? Attributes and background of Lyon star explained

However, outspoken Lyon chief Aulas has made the remarkable admission that the Merseyside giants have yet to contact the Ligue 1 side and it would take a monumental fee to prize away their most prized asset.

“There has been no contact with Liverpool or any other club so we haven’t discussed the future,” Aulas told SFR Sport, as reported per the Metro.

“I know that Nabil, now that we have qualified for the Champions League, would really like to stay, so we will discuss things calmly.

“He has magnificently won the right to go to Russia with France, which gives him an even higher standing.

“For the moment, nothing is done. You will have to be very, very rich to sign Nabil Fekir this year.”

A second-half hat-trick from Memphis Depay in a 3-2 victory over Nice secured Champions League football for Lyon on the final weekend of Ligue 1 action, however the Metro said Fekir cut an emotional figure after the game which raised questions about his future again.

Speaking after the game he said: “Farewell? Frankly, I don’t know. I spent an exceptional season here with players, fans and the staff. We ended up in beauty.

“You have to pass a course, it is true. I think I gave everything to Lyon. Now it is time to look into the future.”

It’s easy to understand why Liverpool are reported to be after the 24-year-old as he has had a remarkable season.

He has scored 23 goals and provided seven assists in 40 appearances and he can play through the middle or on from the flanks if required to showcase his brilliant playmaking ability.

He is also a set-piece specialist too and has scored three goals from dead-balls this season, according to Squawka.