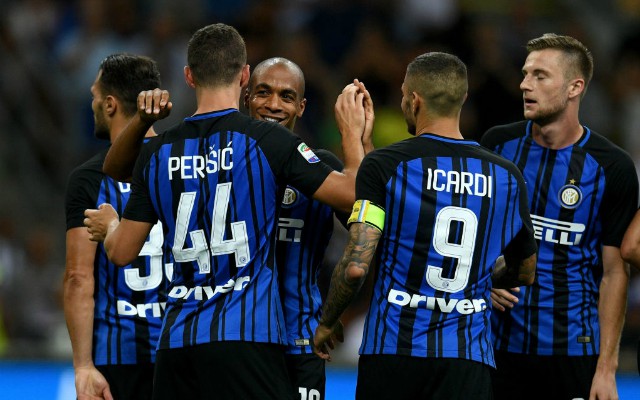 Man Utd and Chelsea both struggled to impress in the final third this past season, but their hopes of landing one possible solution could reportedly be dealt a massive blow.

From Chelsea scoring just 62 goals in 38 Premier League games, the lowest tally of the top six sides, to United doing marginally better with 68 and relying heavily on Romelu Lukaku, neither fully convinced in that department.

In turn, it would come as no surprise if that is an area they both look at this summer, with competition for Lukaku needed at Old Trafford or more firepower at Stamford Bridge with last summer’s signing Alvaro Morata managing just 15 goals in 48 games.

As per The Sun, both Premier League giants have been linked with a move for Inter forward Mauro Icardi, who is coming off the back of another impressive campaign as he finished as the joint top goalscorer in Serie A.

However, they could be forced to spend big this summer, as Calciomercato, via the paper edition of Corriere della Sera, report that Icardi’s current contract negotiations could result in him seeing a €160m release clause inserted into his deal, which is €50m more than his current rumoured clause.

Given we’re talking about a player who has now scored 107 goals in 182 games for Inter since joining them in 2013, he has undoubtedly established himself as one of the most prolific players in Europe and is certainly worthy of the reported interest in his services.

As a result, either Man Utd or Chelsea would surely benefit from having him in the squad, but with his potential new clause coupled with the fact that he is captaining the side in a prominent role and has guided them back to the Champions League next season, it has to be questioned whether or not a deal is likely.