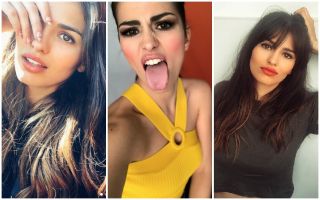 Real Madrid star Isco has got a major weekend ahead, but he’s spending time with his girlfriend Sara Salamo this week in preparation.

The Spaniard will be in action for Los Blancos as they face Liverpool in the Champions League final in Kiev, looking to win their third consecutive European crown.

After a disappointing campaign in which they failed to keep up the pace with Barcelona in La Liga and fell short in the Copa del Rey, this now is their last hope of avoiding being left empty-handed.

Naturally, the focus will be more serious as we edge closer to the game, and so to start the week, Isco appears to be unwinding with his better half.

He’ll also busy this summer having been called up to the Spain squad for the World Cup, and so the happy couple are clearly making the most of their time together.

As for Salamo though, it’s easy to see why the Madrid ace is not shy in expressing his feelings for her on social media as she looks absolutely stunning in these images below…