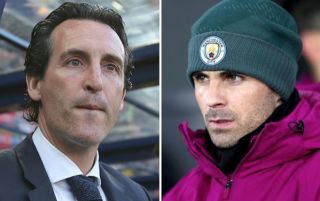 It was always going to be a difficult decision for Arsenal as they prepare to appoint Arsene Wenger’s successor, and it’s been claimed that they spread their net pretty far.

After 22 years of the veteran tactician being in charge, replacing him is naturally going to be a tough challenge as it’s effectively the start of a new era at the club.

Whether it’s picking a manager who fits the ideals of the club to build on what Wenger achieved or going in a completely different direction, whoever takes the job will have to implement their own ideas and stamp their mark on the team which could lead to a tricky initial transitional period.

In turn, Sky Sports pundit and Spanish football expert Guillem Balague has suggested that Arsenal were in discussions with up to 10 different coaches with an eye on appointing them as their next manager.

While former midfielder and captain Mikel Arteta came close, as per Balague, it’s suggested that perhaps Emery has the experience on his side which has led to him now emerging as the favourite for the position.

“Arsenal have been speaking to ten different managers, ten different candidates, and it got to a point where they had to make a decision,” he told Sky Sports. “Arteta was one of those ten and came closest but at the end maybe the lack of experience worked against him.

“Emery has the experience, has won trophies and done it with director’s of football wherever he has been. He is his own man. He will work within the structure, he will make the team flexible. He will sharpen everybody up.”

As per BBC Sport, the former Sevilla and Paris Saint-Germain boss is now expected to be appointed by Arsenal, and only time will tell if it’s the right decision.

Having won three Europa League trophies with Sevilla and having followed that with a domestic treble in France this season, he’ll hope to replicate that success in north London if he is indeed confirmed as the new manager.

What his stint with Sevilla in particular perhaps proves is that he is capable of playing his part in leading a squad to success despite not being able to match the spending power of the giants in the league, swapping the likes of Barcelona and Real Madrid for Man City and Man Utd in his next possible job.