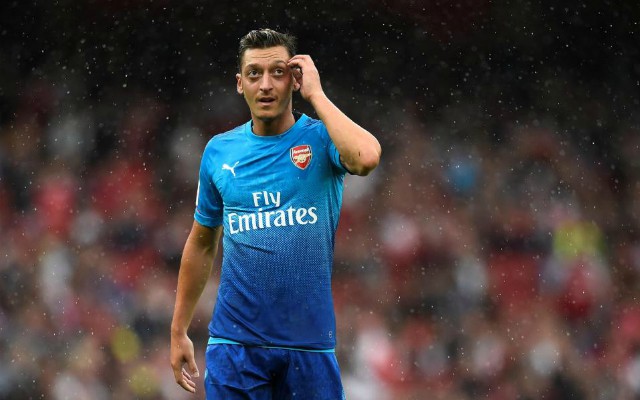 New Arsenal manager Unai Emery has sent a clear message to Mesut Ozil after responding to questions about the Gunners playmaker at his press conference today.

The Spaniard was being unveiled by Arsenal after being officially announced as the club’s replacement for Arsene Wenger earlier this morning.

After leaving Paris Saint-Germain at the end of the season, Emery arrives with plenty of experience and after working with some big names and egos.

Ozil is certainly in that category and is widely seen as a player who’s under-achieved for Arsenal in the last few years.

Our new head coach walks out at Emirates Stadium for the very first time ?#WelcomeUnai pic.twitter.com/hjko6iCwsR

More will have been expected from a player of his calibre, and though he only recently signed a new contract, the general feeling among fans is often that he doesn’t appear committed enough.

Emery won’t stand for that and in response to a question over Ozil, stressed the need for his squad to be as inspired as he is to be a success at the Emirates Stadium.

‘He (Ozil) is one of the biggest talents at Arsenal, and I want all the talent here,’ Emery is quoted by Henry Winter.

Emery on Ozil: "He is one of the biggest talents at Arsenal, and I want all the talent here. I want to speak to them (the players) about how inspired I am to be here. This is a wonderful project and we all need to give 100%" #afc

‘I want to speak to them (the players) about how inspired I am to be here. This is a wonderful project and we all need to give 100%.’

Arsenal fans will like the strength of their new manager and hope that he can be the right personality to get Ozil to another level.