Barcelona midfielder and captain Andres Iniesta’s next club has been confirmed this evening according to reports.

MORE: Huge Barcelona ace is desperate for Liverpool to beat Real Madrid in Champions League final for this reason

Barcelona legend Andres Iniesta will join Japanese side Vissel Kobe after playing his last ever game for Barcelona last weekend.

The Spanish legend has finished his last season playing at the Camp Nou as a La Liga champion for the ninth time and will now start his next chapter in Asia playing for Japanese side Vissel Kobe, according to breaking reports from Sky Sports News this evening.

BREAKING: Andres Iniesta says he is moving to Japan and he is expected to sign for Vissel Kobe. #SSN pic.twitter.com/DSbIFEtq9j

It is the same Japanese club that former Arsenal and Germany forward Lukas Poldoski plays for. Despite this, Iniesta is still expected to be far more superior to the majority of his teammates and opponents in Japan.

It goes without saying that the Spaniard’s achievements at Barcelona are nothing short of breathtaking. Iniesta has won nine league titles, four Champions Leagues and seven Copa Del Rey titles amongst much more. 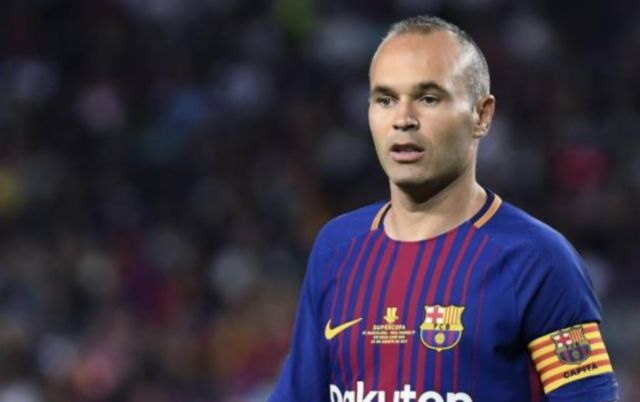 Iniesta made his first senior appearance for Barcelona in 2002 with the midfielder having become a staple in Barcelona’s side for the last sixteen years.

During his time at Barca, Iniesta has also clinched two European Cups and a World Cup for Spain in which the former Barca midfielder was named man of the match during the final.

Casting aside Cristiano Ronaldo and Lionel Messi, Iniesta is perhaps the most talented star in world football throughout the last decade.