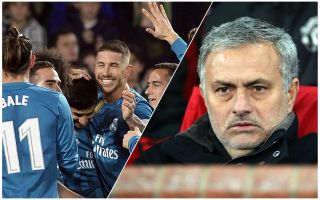 According to the Manchester Evening News, United chief Ed Woodward has long been obsessed with the prospect of sealing the transfer of Bale, and Jose Mourinho is seen as being able to revitalise the player despite his recent dip.

A combination of issues regarding fitness and form mean Bale has played an increasingly peripheral role at the Bernabeu this season, though he undeniably remains one of the best attacking players in Europe on his day.

His pace, strength and eye for goal made him a star of the Premier League during his time with Tottenham, and Calciomercato report he’d likely still command a big transfer fee of around €80million.

Bale could add something to this United side that’s lacked spark and imagination in attack this season, with players like Alexis Sanchez, Anthony Martial and Marcus Rashford all looking unconvincing.

The Wales international could be a significant upgrade if he gets back to the kind of form he showed a few years ago.

Still, it remains to be seen if United will even get much of a chance to watch him in the Champions League final as there’s no guarantee he’ll get on the pitch against Liverpool.