A new era has begun at the Emirates with the unveiling of Spanish tactician Unai Emery as new head coach of Arsenal.

Following an extensive search for a new manager after Arsene Wenger stepped down after 22 years at the helm, chief executive Ivan Gazidis said Emery was the standout candidate for the role, as per Sky Sports.

Gazidis addressed the media alongside the Spaniard today and said the club drew up an eight person shortlist that included Manchester City coach Mikel Arteta, Juventus’ Massimiliano Allegri and ex-Barcelona manager Luis Enrique, according to the Evening Standard.

Former Arsenal captain Patrick Vieira was also reported to have been contacted but as reported by Sky Sports, he was upset by what by the perceived ‘token gesture’ from the club.

This has led to former Arsenal legend Ian Wright to question the club’s treatment of his former teammate, however, he also revealed his satisfaction with the new man at the helm. 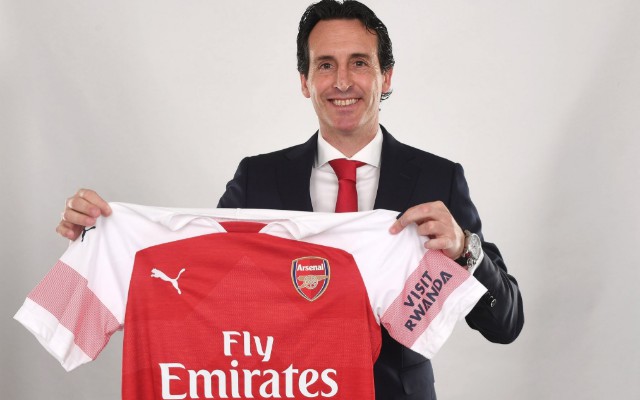 “It was disgraceful the way that was handled,” Wright said, as reported by Sky Sports. “You can’t phone up a legend like Vieira – for what? For tokenism? Was it the Rooney rule? It’s embarrassing.

“If you are going for Emery or Arteta, just go for them. Don’t go and give Patrick a phone call. How does Patrick feel now?”

“I don’t take anything away from the fact that we’ve got a new man. I’m really happy. Arsenal fans are really happy from what I’ve seen so far.

“Maybe the hierarchy got a put off by the fact that everybody felt that Mikel was a little bit too inexperienced.

“I’m quite excited because change has come now – we should all just get on board and back him.”

It will be interesting to see how Emery stamps his identity at the club and given his success in Spain and France in recent years, the mood among the Arsenal faithful is now one of optimism.