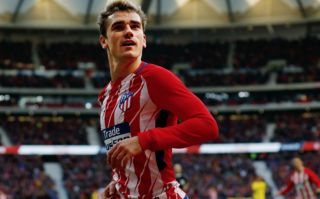 The Antoine Griezmann Barcelona transfer saga could yet take a surprise turn as Atletico Madrid hope to offer him a big-money contract to stay at the club.

According to the Daily Mail, the Spanish giants are set to try a last-ditch effort to keep hold of their star player before his £87million release clause becomes active in July.

It would be quite a shock if the France international ended up u-turning on a move to Barca now, with various reports in recent months suggesting the deal was in place and with the Mail stating the Catalan giants remain confident he will join.

It would be some statement as well from Atletico to be able to keep such a world class performer despite elite super-clubs’ attempts to lure him away.

ESPN also linked Griezmann as a target for Manchester United last year, and it would be a breath of fresh air in the modern era to see a top player like him choose to stay loyal to a club that has contributed so much to his rise in the game.

While Griezmann always looked a good prospect at former side Real Sociedad, he has undoubtedly taken his game to a new level under Diego Simeone.