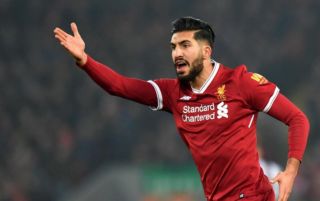 Liverpool manager Jurgen Klopp has provided an update to the fitness of the key duo Emre Can and James Milner ahead of the Champions League final.

Real Madrid and the Reds will contest in European football’s showpiece event in Kiev on Saturday and with Cristiano Ronaldo overcoming his injury, the Anfield outfit will be hoping to be at full strength when they take on the holders.

And there was good news for the Premier League side with Klopp confirming that Can and Milner will be fit to play, according to Sky Sports.

Can has been troubled with a back injury since March, but resumed full training last week with the rest of the team, to the surprise of the Liverpool manager, as per the report from Sky.

Meanwhile, Milner has been a key part of Klopp’s side this season often playing in a number of positions – however he has excelled in the centre of midfield in recent months.

Can and Milner injury update

Klopp told the club’s official website: “Millie was clear [he would be fit] and Emre is a surprise.

“He told me he would come back, try this and that and then we would talk to people.

“We thought it would be difficult, but he came back and from the first day it was like, ‘OK, that looks good, how do you feel?’ ‘Very good’ and then the next day ‘very good’ again.

“Now he trains completely normal. He’s a nice option and that’s why he is with us.”