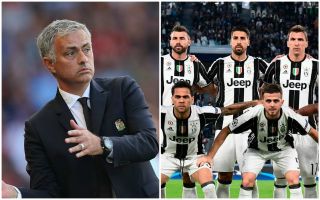 Manchester United are being linked with one of the most Jose Mourinho transfers imaginable by sources in Italy today.

According to Gianluca Di Marzio, the Red Devils are interested in signing Juventus striker Mario Mandzukic to add to their options up front this summer.

The Croatia international would at best be a good short-term option, and at the age of 32 seems at worst a bit of a desperate gamble by Mourinho as he perhaps faces what looks potentially like his last shot at success at Old Trafford next season.

Having finished a distant second to Manchester City this year and with a tame defeat to Chelsea in the FA Cup final, it’s clear United need to improve fast or Mourinho won’t be kept on for much longer.

Still, it seems the Portuguese tactician is reverting to type again if the reports linking the club with Mandzukic are correct.

For all his qualities, the veteran front-man is a typical battling centre-forward that Mourinho likes, without any obvious stand-out qualities aside from that.

While he has shone and won trophies as part of teams at Bayern Munich and Juventus, including the 2013 Champions League, he has never been much more than a useful cog in a well-oiled machine.

One feels this United squad is crying out for a little more than that and fans will likely be disappointed at the lack of a more inspiring plan from Mourinho for next season.