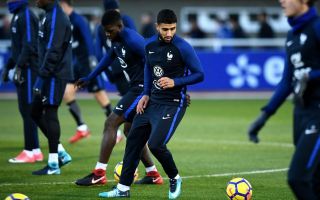 Liverpool have got the rather significant matter of the Champions League final to prepare for this weekend, but they’ve been tipped to act swiftly afterwards in the transfer market.

The Reds face Real Madrid in the season finale in Kiev on Saturday night, as Jurgen Klopp and his squad will be desperate to claim a major trophy to continue their progression.

Time will tell if they are celebrating or licking their wounds on Sunday morning, but The Mirror claim that they will press ahead with plans to sign Lyon playmaker Nabil Fekir in a £60m deal immediately after as talks are expected next week.

The 24-year-old has enjoyed an impressive campaign this past year, scoring 23 goals and providing eight assists in 40 appearances in all competitions.

Playing in his more natural role as a central attacking midfielder, he may well compliment what Klopp already has at his disposal perfectly, with the potential of slotting in behind the feared attacking trident of Mohamed Salah, Sadio Mane and Roberto Firmino and essentially filling the void left behind by Philippe Coutinho.

The Brazilian international left to join Barcelona in January, and given Liverpool have seemingly coped pretty well without him, securing a top four finish and a run to the Champions League final, it’s questionable as to whether it’s necessarily a priority area of the squad to address.

Nevertheless, in order to add a different dynamic in the final third and to add further quality and depth to not only compete on various fronts, but to also edge the club closer to winning major honours on a regular basis, then Klopp perhaps is looking in the right place to strengthen.