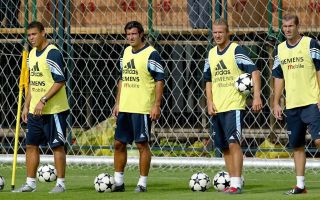 Beckham played for the Red Devils until 2003 and had many heated battles with the Anfield side over the years.

READ MORE: Cristiano Ronaldo vs Mohamed Salah stats: The head-to-head statistics ahead of the Champions League final between Real Madrid and Liverpool

He and Zidane played together for three years from 2003-2006 at the Bernabeu during Madrid’s ‘Galacticos’ era with the likes of Raul, Ronaldo, Luis Figo and Roberto Carlos.

Zidane retired from football after the World Cup in 2006 and Beckham would go on to win a La Liga title under former England manager Fabio Capello in 2007.

According to the Daily Mail the former England captain and Zidane sat down for an interview ahead of Saturday’s final and Beckham begged Zidane to beat the Reds saying:

Zinedine Zidane is yet to lose a Champions League knockout tie since he took charge at the Santiago Bernabeu and his side are aiming for an incredible three titles in a row.

Real Madrid are looking to lift the trophy for the 13th time in their history and become the fourth team to win three successive European crowns and the first to do it twice. 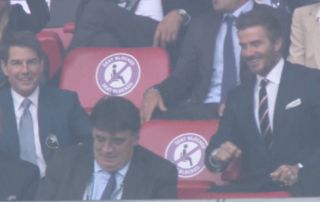 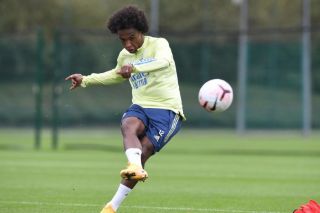