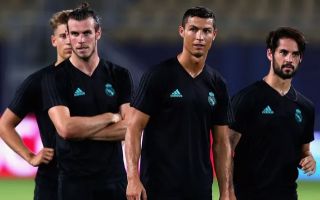 According to Mundo Deportivo, the 26-year-old is a top target for City who believe they can land him for a £70m fee plus bonuses, despite his buyout clause being worth a whopping £613m.

The report adds that Real would find it hard to reject such a bid, especially if Isco demands a move.

If Isco were to ask to leave Madrid his request would likely be motivated by a desire to play more often.

Isco has started 21 La Liga games this season but has seemingly been left frustrated by the frequently with which he has found himself on the sidelines under Zinedine Zidane.

A big summer awaits Isco whether he leaves the Bernabeu or not as the creative midfielder has been included in Spain’s squad for the World Cup in Russia.

Isco was part of the Spain side that won the UEFA European Under-21 Championship in 2013.