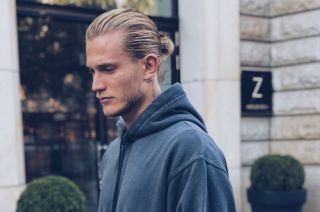 Loris Karius has had a pretty bad night, with the Liverpool goalkeeper producing two absolutely dreadful errors as his side lost the Champions League final to Real Madrid.

The Spanish giants emerged as 3-1 victors in Kiev, with the first goal coming about after Karius pretty much just threw the ball straight at Karim Benzema under no pressure.

MORE: Jurgen Klopp on how Liverpool will deal with Loris Karius after Champions League final nightmare

The German then failed to keep out a long-range effort from Gareth Bale for the third goal, in what will go down as one of the worst goalkeeping performances ever seen in such an important game.

Just a few days earlier, Karius tweeted that he had his ‘eyes on the prize’, which is now being retweeted mercilessly, while some fans also troll him for messing up in tonight’s big game.

Most of the jokes are along the lines that he should have kept his eyes on the ball instead, and one really has to feel for a player in the social media age after a horrific performance like that…

Eyes on the ball would have been wiser. https://t.co/7GaHMJo9Bi

gatta keep your eyes on the ball next time bruh https://t.co/tJwccqqGdf

eyes everywhere but on the ball man smh fix up https://t.co/0z1ZoeOmom

Should’ve had eyes on the ball ffs https://t.co/rmUCEVrqkl