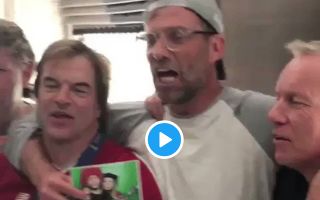 It would have been a desperately disappointing night for all connected with Liverpool on Saturday after their Champions League final defeat to Real Madrid.

Ultimately, the Reds were undone after the setback of seeing Mohamed Salah go off injured in the first half before two costly blunders from goalkeeper Loris Karius helped Madrid on their way to a 3-1 win.

Naturally, the players, the coaching staff including Jurgen Klopp and supporters cut dejected figures after the full-time whistle as they fell agonisingly short of achieving their European dreams of winning a sixth European Cup for the club.

However, they can ill-afford to be brought down by the disappointment for too long as they’ll dust themselves down this summer and go again hoping to do better next season.

That’s particularly relevant given that there is so much to be positive about under Klopp following the influence he has had since he arrived, especially this season as Liverpool have looked a genuine threat in Europe while also securing another top-four finish in the Premier League.

In turn, after this video went viral from Anfield HQ’s Oliver Bond on Twitter, with Klopp joining supporters in a brilliant sing-along as they looked to get over their Champions League blues, the reaction was very positive from LFC fans as they clearly think a lot of their current manager…

Jurgen Klopp and Liverpool are made for each other. I’ve never had more faith in him. The present may belong to Madrid and it will hurt for a bit but the future is definitely LFC’s for the taking. We are back at the Top Table of football and everyone else knows it.

Wouldn’t trade him for any other manager on the planet! He’s just perfect for us?????

Love him so much

This just made me tear up ??

I love him so much!

@KayKilGD i love him so much!!

This guy is special. The day we lift a trophy for him will be the day I will smile for him! Love this club. So much more finals to come under klopp! #fromdoubterstobelivers

Liverpool has the greatest manager in the world!!…hands down it’s official?x