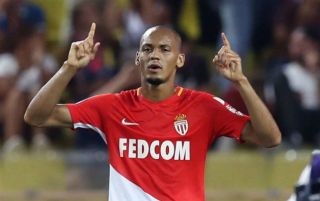 Liverpool are reportedly closing in on the transfer of Monaco midfielder Fabinho, but Manchester United fans are all making the same point about the deal.

BBC Sport suggest the Reds are set to sign Fabinho for around £40million, with the Brazilian impressing during his time in Ligue 1.

However, as many United fans are now pointing out, the 24-year-old isn’t actually in Brazil’s World Cup squad this summer.

You know who is though? Fred. Yes, a player they haven’t actually signed yet.

The Daily Mirror have strongly linked the Shakhtar Donetsk ace with a move to United this summer, and their fans are already treating it as a done deal as they attempt to use that to get one over rivals Liverpool.

Still, Fabinho has proven himself at a higher level due to playing in France instead of Ukraine, and Gianluca Di Marzio suggested earlier this season that United were interested in him too.

Do United fans really have anything to be gloating about here? And will these tweets look incredibly silly if the rumoured Fred deal were to fall through?

Can’t wait to see Fabinho – Fred comparisons when they are both announced. Remember, one is going to the World Cup, one isn’t. ????

Fred’s going to the World Cup whilst Fabinho watches at home.

Fred is in the Brazilian squad for the WC. Fabinho isn't.

Our boy Fred keeping Fabinho out of the world cup squad . Nuff said!

Fred is going to the World Cup, Fabinho isn’t