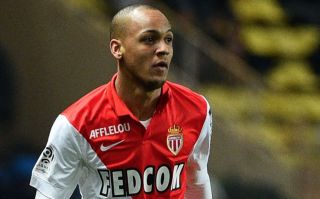 Liverpool fans will love to hear the reason Fabinho chose a move to Anfield in this transfer window despite interest from so many other top clubs.

The Brazil international was confirmed as a Liverpool player this evening following what BBC Sport had down as a £39million transfer from Monaco.

This looks a superb addition for Liverpool, with the deal completed seemingly very quickly as rumours only started to break regarding the Reds’ approach a couple of hours earlier.

However, Yahoo Sport claim this is a move that has been in the works for some time and that Manchester United and Manchester City were also among the player’s many suitors.

The report, however, cites a friend of Fabinho’s as saying talks with Liverpool manager Jurgen Klopp were pivotal in his choice, and that after being wowed by the German he decided to call off any potential negotiations with other clubs.

‘They met and the boy was very happy with what the manager told him. He said “I like Klopp”, and asked that everything be stopped with other clubs.’

Yahoo Sport also mentions Serie A trio Juventus, Inter Milan and Napoli as being among the clubs who were in for Fabinho, but Liverpool fans should be excited that their club has won the race for one of the most sought-after midfielders in Europe.