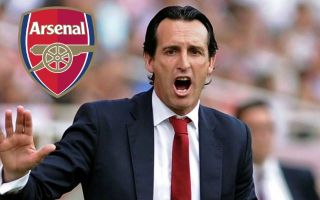 Arsenal are reportedly weighing up a bid to seal the transfer of Nice striker Mario Balotelli in the coming months, along with a number of other top clubs.

Today’s front page of Gazzetta dello Sport (pictured below) shows Balotelli being linked as a target for the likes of the Gunners, as well as Borussia Dortmund and Marseille.

Balotelli has impressed in his time in Ligue 1, scoring 43 goals in all competitions in the last two seasons after a disastrous spell in England with Liverpool.

The Italy international looked a decent prospect at Manchester City earlier in his career, and continued to score at a decent rate at AC Milan before his move to Anfield. 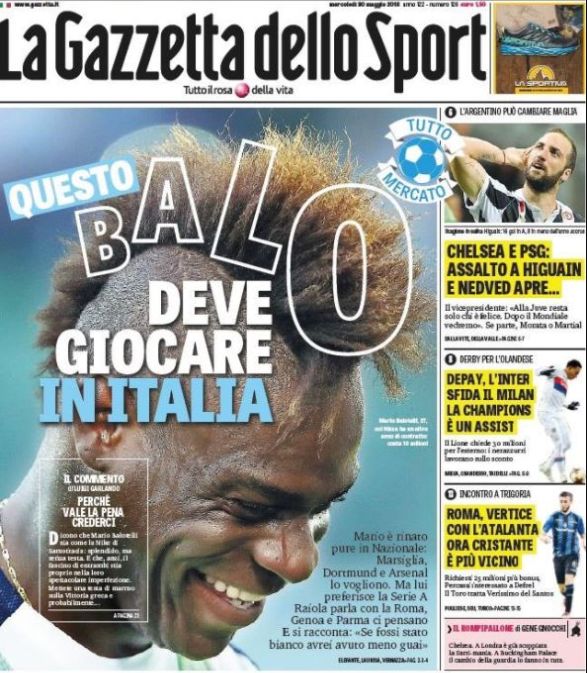 Mario Balotelli to Arsenal transfer could be on, according to sources in Italy

Balotelli could prove a major gamble now, however, even if he has recovered from his nightmare at Liverpool with a decent scoring record for Nice.

Additional information from the Metro states the 27-year-old would be available for just £9million this summer, which seems a reasonable fee given his talent but the risks that come with signing him.

Arsenal already have Pierre-Emerick Aubameyang and Alexandre Lacazette up front, however, so it’s unclear if another forward would be a priority for the club at this time.