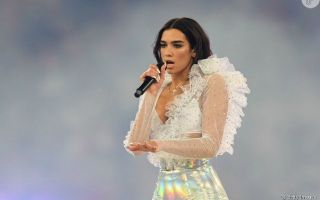 Singer Dua Lipa has denied reports that she was involved romantically with Real Madrid attacking midfielder Marco Asensio after her appearance before the Champions League final.

Madrid beat Liverpool 3-1 in Kiev, with Lipa providing the pre-game entertainment, and the Daily Mirror note that El Periodico linked her with Asensio afterwards.

The English singer and model has, however, ruled that out pretty strongly, tweeting that her Liverpool-supporting manager would never forgive her for her choice!

I haven’t even met Marco Asensio and it is highly unlikely I ever will as my Liverpool supporting manager would never forgive me https://t.co/eajwTsm6pe

I LITERALLY HAVE NO IDEA!! https://t.co/8YYWbCbPZF

Reds fans would undoubtedly love to see her rocking up at Anfield if she were to follow her manager in keeping an eye on the Merseyside giants in the near future.

Liverpool goalkeeper Loris Karius could certainly do with some comfort after his role in Real Madrid’s win, with the German ace making two huge errors to gift goals to Karim Benzema and Gareth Bale in the big game.

It remains to be seen if Karius is single, however, with the Daily Star linking him with a mystery blonde earlier in the year.