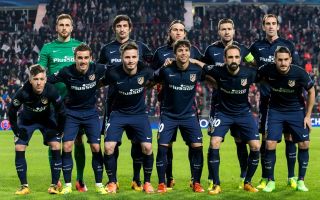 This makes sense given the Red Devils’ clear need for attacking reinforcements after recent indifferent form from the likes of Alexis Sanchez and Anthony Martial.

Other big names have been linked as options for United in that area, but it seems Griezmann could still be one for them to consider, according to Don Balon.

The Spanish outlet suggest the France international’s potential move to Barcelona may now be in doubt due to discussions that have taken place in the last 48 hours.

Those close to him are said to have advised him against a move to Barca, with the likes of Lionel Messi and Luis Suarez seemingly against the deal, according to Don Balon.

This could end up being huge for United, with Griezmann showing himself to be one of Europe’s best attacking players in recent years.

The 27-year-old contributed 29 goals and 13 assists to Atletico this season, including a brace in the Europa League final win over Marseille.

Capable of playing centre-forward or attacking midfield, there should be plenty of room for Griezmann in this United side that finished so far behind Manchester City, exited the Champions League early, and lost the FA Cup final.

The Daily Mirror are among the sources to state Griezmann has a release clause of around £87.5million, which seems a bargain in this market.