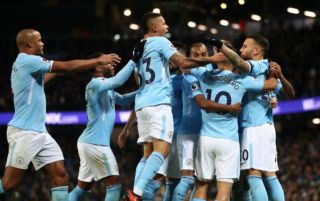 As per ESPN, the break will help England in their preparations for the European Championships in the summer of 2020.

The lack of winter break is something that has long been debated in England and has been cited as one of the reasons for the national team’s lack of success in international tournaments.

However, speaking to FA council members on Tuesday that was available on the governing body’s website, Glenn said that the break will be announced imminently.

“We’re working closer and more collaboratively with the professional game than at any time in recent years,” Glenn said.

“Very soon this will pay dividends with the creation of a mid-season break, which is a much needed improvement for our clubs and England teams.”

When will the Premier League winter break take place?

The annual two-week break in late January/early February is said to come in effect from 2020, which is good news for fans looking forward to the annual festive fixtures.

Premier League clubs will also have at least 13 days off between games.

The Premier League break would be staggered over two weekends with Sky Sports reporting that five games will be on the first weekend and five on the following weekend – meaning that broadcasters can still show football without interruptions.

The FA has agreed to stage the fifth round of the FA Cup in midweek, according to Sky Sports.