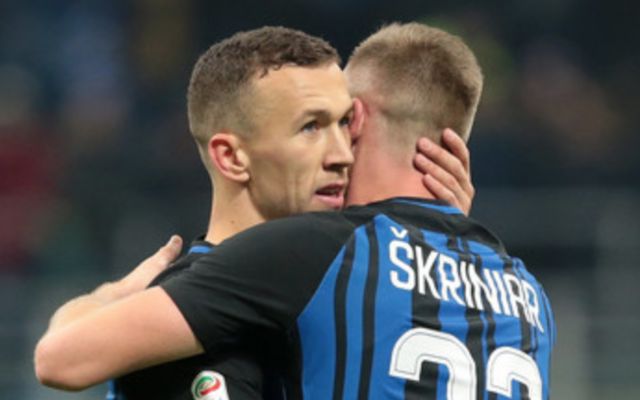 Both Man Utd and Man City have been linked with bolstering their defensive options with a move for Inter defender Milan Skriniar, and he has been discussing his future.

The 23-year-old made quite the impression this past season, featuring 40 times for the Nerazzurri as he played a pivotal role in their qualification for the Champions League next year after only joining from Sampdoria last summer.

In turn, the Italian giants will undoubtedly be eager to keep hold of him to continue to see him form a fundamental part of their backline, but as reported by The Sun, both Manchester United and Manchester City could make that difficult having been linked with £53m bids.

While it can’t be taken as a coy suggestion that he would be open to a move to the Premier League, the Slovakian international has all-but ruled out the possibility of signing for another Italian club which does perhaps hand Utd and City a slight boost.

“Probably not,” he responded when asked if he would join another Serie A side, as reported by Calciomercato. “Even if it could happen in the future, if Inter wanted to sell me. If it depended on me, I would prefer a transfer to another league.”

As noted above, there doesn’t appear to be any reason as to why Inter would want to lose one of their best players any time soon, and so Skriniar will likely stay where he is unless the Manchester clubs begin to apply serious pressure to prise him away from the San Siro.

A move for another defender could perhaps make sense from Pep Guardiola’s perspective, as club captain Vincent Kompany struggled with injuries again this season and was limited to just 21 appearances in all competitions.

For United though, given Jose Mourinho already has Chris Smalling, Phil Jones, Eric Bailly and Victor Lindelof at his disposal, splashing out a potential £53m fee on Skriniar doesn’t seem to be the most sensible transfer strategy.