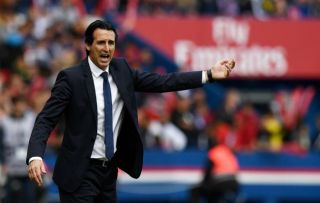 Arsenal will reportedly meet with Aaron Ramsey next week for talks over a new contract when he returns from international duty with Wales.

Unai Emery sees the 27-year-old as an important part of his plans with the Gunners and will offer him a new five-year contract, according to the Times.

MORE: Arsenal to sign PSG star set to be reunited with Unai Emery for a likely bargain fee

Although Ramsey has had his injury problems with Arsenal and has often failed to hold down a regular place in one set position in his time with the club, he has shown himself to be a real quality performer at his best.

It is little surprise that Arsenal are working hard to keep him, though football.london recently reported they could accept selling him for £50million if they cannot tie him down to a new deal.

The Welshman would likely have his pick of top clubs if he were made available, so Arsenal will hope next week’s reported talks can be successful.

The Times suggest, however, that one barrier to these negotiations could be money, with the club preparing a big pay rise in an attempt to persuade Ramsey to put pen to paper on what may be the final big contract of his career.

Former Arsenal star will take a paycut to secure return – Gunners will need to give up talented youngster in return Jun 22 2021, 16:14
Arsenal FC

West Ham told to sign £15m-rated ex-Arsenal midfielder that will ‘get you goals’ as pundit believes ace could be instant starter Jun 22 2021, 13:42
Arsenal FC

Arsenal against re-signing of former star due to wages despite ace offering potential solution to problem position Jun 22 2021, 9:15
Arsenal FC