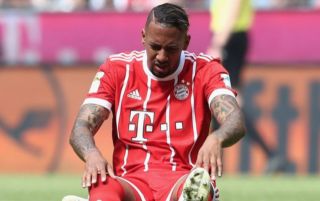 Liverpool could be eyeing up Bayern Munich and Germany defender Jerome Boateng next season as Jurgen Klopp looks to bolster his defence ahead of next season, as reported by the Liverpool Echo.

With Naby Keita and Fabinho already coming in this summer, it seems like Klopp is looking to complete the final parts of the jigsaw in order for Liverpool to mount a title challenge next year.

According to SportBild chief football reporter Christian Falk, Bayern would be prepared to let Juan Bernat, Thiago Alcantara, Arturo Vidal and Boateng leave this summer if the right offer comes in.

Decision of the club: @FCBayern would sell Thiago, Vidal, Bernat or Boateng if there is a lucrative offer @SPORTBILD

Former Manchester City defender Boateng has found himself on the periphery of the Bundesliga champions this season because of a series injuries and was limited to only 19 appearances in the league.

However, as per the report from the Liverpool Echo, Bayern’s asking price for him is believed to be £40m and the Germany international would be a brilliant addition alongside Virgil van Dijk in the centre of Liverpool’s defence.

The Reds conceded 38 goals in the league last season, and while not a bad record, both Manchester clubs and Tottenham fared better.

The addition of Van Dijk in January certainly helped to shore up the defence but a player of Boateng’s quality could boost Liverpool’s title aspirations next season.

Meanwhile, according to Le Parisien, a move for Nabil Fekir is also close which would make the Reds a genuine threat to champions Manchester City, given they beat them three times last season.

‘If a son calls his father then of course I will go’ – Bayern Munich star hits back after club fine April 2, 2020 9:45
Bayern Munich