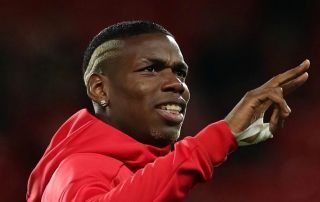 Manchester United midfielder Paul Pogba has shown he’s a Red Devil through and through with an enthusiastic challenge on Manchester City defender Benjamin Mendy on international duty.

The pair were big rivals in the Premier League this season as City and United finished 1st and 2nd respectively in the title race.

Pogba will now spend the summer as Mendy’s team-mate for the French national team as they go to the World Cup finals in Russia.

Pogba, however, is not letting club rivalries die down as he posts on Instagram with a picture of himself looking not far off rugby tackling Mendy in training with Les Bleus. 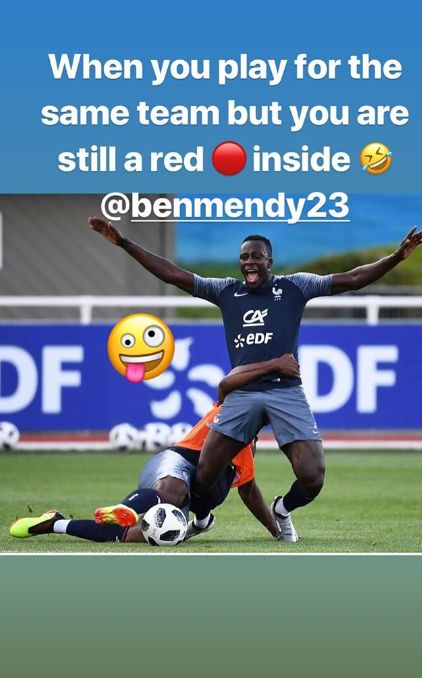 United fans will love the 25-year-old keeping club loyalties strong even when approaching a World Cup, and even better if he can get away with hampering Mendy’s chances of making it back in top shape for City next season.

Pogba added the caption over the photo, saying: ‘When you play for the same team but are still a red inside’.

France will be seen by many as among the favourites to win the World Cup this summer with so many world class players in their squad.