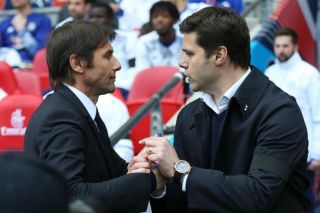 The French tactician announced his departure today after holding a surprise press conference just five days after winning a third Champions League title in a row with the club.

Zidane will be a very tough act to follow at the Bernabeu, but they’re said to be expecting to contact Spurs over Pochettino in the coming days, according to Don Balon.

It remains to be seen if the Argentine tactician can be lured away from Tottenham at this time, having just signed a new contract with the north London giants until 2023 last week, according to BBC Sport.

Pochettino has impressed hugely in charge of Tottenham, and could now view it as the right time to move on to a bigger club after perhaps taking the team as far as he can.

Still, Spurs will surely be confident they can keep hold of their manager after just getting him to commit his future to the club.

Turning down Real Madrid, however, is not easy, so it may be worth watching this space.