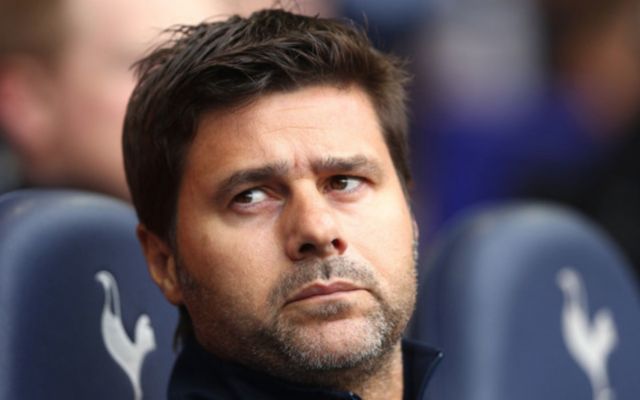 Speculation has been rife over the potential next Real Madrid manager ever since Zinedine Zidane announced his shock departure from the club and Tottenham manager Mauricio Pochettino is one of the names being linked with the job.

Pochettino joined Tottenham in May 2014 from Southampton and has helped the club to back-to-back top three finishes in the last two seasons.

The Spurs head coach has seen his reputation grow as one of the best coaches in Europe in recent seasons and has been linked with the likes of European giants Real Madrid and Chelsea in recent seasons, as per Football.London.

However, he put pen to paper on a new contract with Tottenham Hotspur until 2023, according to BBC Sport.

But, some have speculated whether there was a ‘Real Madrid clause’ in his new contract which would allow him to leave for the Spanish capital, however as per the BBC and Football.London, they understand the this is not the case.

Pochettino was asked about the vacancy on Friday and stated he was happy in north London and it was “normal” to be linked with the job.

“I’m very happy at Tottenham,” Pochettino said, according to The Guardian.

“It would be disrespectful to Daniel [ for me to force a move. I’ve just renewed with Tottenham and I am happy. The link now with Madrid is normal and I take it with all normality. I’m committed to Spurs and still have a long contract with them I just signed.”

However, Pochettino opted to leave the door open to listen to Los Blancos according to El Confidencial, as per the Guardian.

“When Real Madrid call you, you have to listen to them. Although in this case it doesn’t depend on me. I have just signed a long contract with Tottenham and I am very happy here.”

Pochettino and Levy in constant contact as Tottenham chief prepares to bring former manager back to White Hart Lane May 31 2021, 18:12
Tottenham FC