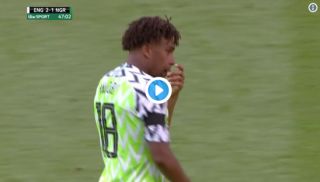 Alex Iwobi has scored with a fine finish to make it England 2-1 Nigeria at Wembley in tonight’s friendly.

After some poor defending from England, Iwobi pounced with a well-placed finish after Odion Ighalo had hit the woodwork.

Arsenal fans are now predictably complaining that they never see Iwobi play this well for them after an impressive outing for his country this evening.

Here’s a clip of Iwobi’s goal, and it’s fair to say he needs to be finishing these chances more often if he is to establish himself as a star player at Arsenal.

Alex Iwobi pulls one back for Nigeria! pic.twitter.com/EawfJ5GGai

Iwobi is so good for Nigeria. If only he could produce this level of performance for Arsenal.. #afc

This can't be the same Iwobi who plays for Arsenal

I need this Iwobi for arsenal

Naaa why don’t Iwobi play like this for Arsenal 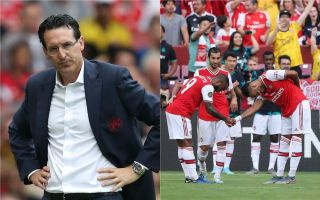