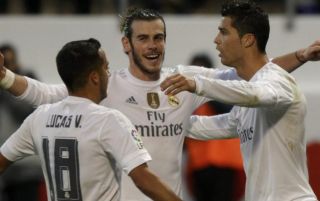 Liverpool target Lucas Vazquez could reportedly be set to leave Real Madrid in the summer if Gareth Bale fails to secure a move away from the club.

Don Balon are reporting that the Vazquez thinks that he may not get many minutes next season now that Zinedine Zidane has gone, and that he is most likely going to be behind both Bale and Marco Asensio in the pecking order for right wing.

Don Balon have reported in the past that Liverpool are interested in Vazquez, and that he will be available for a total around €65M, a fair price for a player of his age and quality.

Despite not making many starts for Los Blancos last season, Vazquez still managed to make a significant impact for the Spanish giants.

In all competitions, the Spaniard managed to clock up a total of 53 appearances last season, scoring eight and assisting 16 in the process, a fair record when you consider that Vazquez started on the bench for a lot of those games.

Vazquez has proven his quality time and time again for Madrid, and if Liverpool are to make a move for him, he would provide excellent cover for the likes of Roberto Firmino, Sadio Mane and Mohamed Salah. A worthwhile signing to say the least.