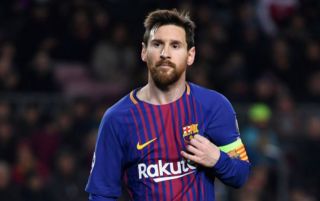 Lionel Messi is reportedly asking for Barcelona to make a move for talented Bayern Munich ace Thiago, beating Real Madrid to the signing of the player in the process.

Don Balon are stating that the Argentine superstar has suggested to club president Josep Maria Bartomeu that they make a move to bring Thiago back to the Camp Nou, and that the player is also a target for Real Madrid.

The news outlet are also stating that the player has been put up for sale by Bayern Munich, something that could make this signing one of Barcelona’s easiest in recent years, should they listen to Messi and make a move for the midfielder.

Since emerging into the scene for Ernesto Valverde’s side a number of years ago, Thiago has since managed to establish himself as one of the best midfielders on the planet.

There aren’t many players that can match the player’s high level of composure and ability on and off the ball, something that has seen him slot into both Barca and Bayern’s sides with ease.

If Bayern are to let go of Thiago, it remains to be seen as to whether Barca or Madrid will be each other in the race for the player and land one of the most technically-brilliant players on the planet.