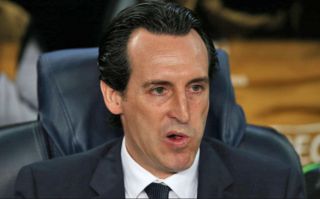 Arsenal are expected to make changes this summer after appointing Unai Emery, with the Spaniard likely to be keen to stamp his mark on the squad.

Coupled with the fact that the Gunners have underwhelmed and underachieved for so long, they’re arguably in need of fresh faces to begin this new era after Arsene Wenger’s departure.

While the defence would seemingly be the first port of call for many given that Arsenal were so porous last season, particularly when compared to their rivals at the top of the Premier League table, it appears as though Emery may consider improvements elsewhere too.

According to TuttoMercatoWeb, as re-reported by The Express, they’ve set their sights on Eintracht Frankfurt youngster Aymen Barkok as he continues to impress for the Bundesliga outfit.

The 20-year-old midfield ace made just 10 appearances last season, but evidently if the report is accurate, he’s done enough to warrant the attention of Arsenal and a possible major move to England so early in his career.

Given head scout Sven Mislintat knows the German market well having worked at Borussia Dortmund previously, that would suggest that Barkok has shown plenty of genuine promise to earn the interest from the Arsenal chief.

It remains to be seen whether or not a move to the Emirates materialises for the talented young star, but with The Mirror reporting that Sokratis Papastathopoulos is close to sealing a move while Juventus veteran Stephan Lichtsteiner has also commented on a switch to Arsenal, as per Sky Sports, it looks like it could potentially be a very busy summer in north London.