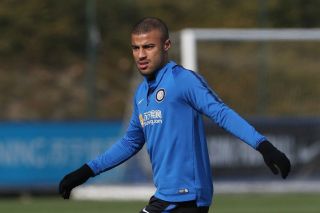 After enjoying an impressive loan spell at Inter last season, Rafinha is reportedly awaiting news on his future and whether he will seal a permanent exit from Barcelona.

The 25-year-old made 17 Serie A appearances after joining Luciano Spalletti’s side in January, scoring twice and providing three assists.

In turn, he played an important part in their push to qualify for the Champions League, a feat they achieved in dramatic scenes on the final day of the Serie A season with a win over Lazio to leapfrog them into fourth place.

Having enjoyed a productive spell with Inter, a permanent move has been touted, but as reported by Mundo Deportivo, Inter have until the end of today (June 5) to meet the €38m option to buy inserted into their loan deal.

While it’s claimed that Inter aren’t willing to spend that much, Barcelona will not drop their valuation of the player and so it would appear as though Rafinha is set to return to the Nou Camp for the start of next season unless a compromise can be reached or a deal can be negotiated with a different side.

In truth, there is an argument to be made that Barcelona could benefit from keeping Rafinha at the club next season, as he can certainly offer quality depth at the very least.

Ernesto Valverde secured a domestic double last season, but as well as falling short in the Champions League, he was often criticised by supporters for his lack of rotation and resting of key players.

Bringing Rafinha back into the fold could allow him to do that in midfield, but it remains to be seen if the midfielder’s valuation is met by Inter, or another interested party, to seal his exit from the Catalan giants.