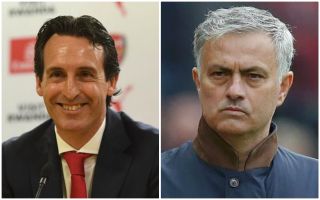 Arsenal have reportedly pipped Man Utd to a crucial signing this summer, according to Borussia Dortmund defender Sokratis Papastathopoulos’ father.

After conceding 51 goals in 38 Premier League games last season, it’s evident that the Gunners need to shore things up in defence and add more solidity in that department.

SEE MORE: The Arsenal star that Unai Emery hopes to build around, could impact summer plans

With Laurent Koscielny turning 33 later this year, coupled with the fact that he’ll have to recover from an Achilles tendon injury suffered at the end of last season in the Europa League, along with the likes of Rob Holding and Calum Chambers still developing, Arsenal look vulnerable at the back.

As noted by The Mirror, they look set to solve that problem in part with a £16m move for Papastathopoulos, and it appears as though they have fended off stiff competition in the form of United to potentially now land his signature.

According to his father, Charalambos Papastathopoulos, Man Utd were also keen on his son, but he has opted for a move to north London instead to link up with Unai Emery as the Spaniard prepares to stamp his mark on the squad that he inherited from Arsene Wenger after being announced as the new manager last month.

“There was interest from United but he had to wait until July for them,” he is quoted as telling Radio 24/7 by the Mirror. “United have a very good relationship with Dortmund, the teams talked but Sokratis chose to go to Arsenal.

Having won a Serie A title with AC Milan in 2011, the Greek international has been with Dortmund since 2013 and has made 198 appearances for the club including featuring in the Champions League. Coupled with 79 caps for Greece, the 29-year-old will bring experience and solidity to the Arsenal backline, should he seal his move to the Emirates without any late hitches. 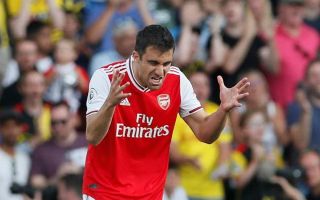