Man City have reportedly had a bid of £50M for Juventus midfielder Miralem Pjanic turned down by the Italian giants.

It’s been reported by Italian news outlet Tuttosport that, as translated by the Sun, Pep Guardiola’s side have had a bid for the player turned down by the Italian champions, and that they aren’t too keen on letting the player leave.

The news outlet are also stating that Barcelona, and Real Madrid, are interested in signing the Bosnian international, so it seems like City may have a fight on their hands if they’re to bring Pjanic to the Etihad this summer. 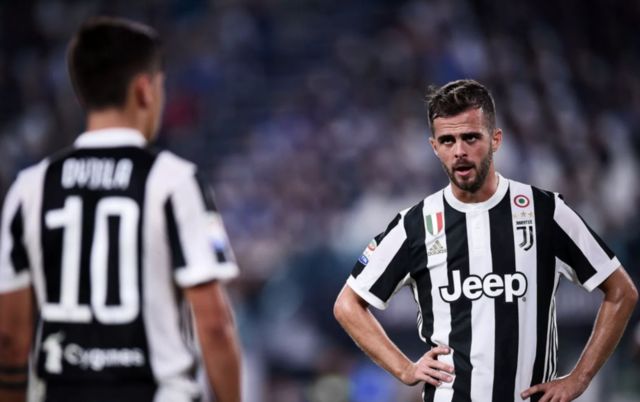 Pjanic has been a key part of Juventus’s side these past few years since his move from Serie A rivals Roma.

In 91 games for the Old Lady, the 28-year-old has managed to clock up a total of 15 goals and 28 assists, a record that means he average a direct goal contribution of around once every two games, a great record for a central midfielder.

The player’s calmness of the ball and ability to pick out a pass from almost anywhere on the pitch is something that’ll see him slot into City’s side nicely should they manage to sign him.