Man Utd boss Jose Mourinho is seemingly wasting little time in his bid to strengthen his squad this summer, as he’s being linked with another signing.

As per BBC Sport, the Red Devils are edging closer to landing midfielder Fred from Shakhtar Donetsk after he underwent a medical on Monday.

While that move would address one key area of the squad given Michael Carrick retired at the end of last season as doubts remain over the future of Marouane Fellaini given his contract expires this summer, as noted by the Metro, the midfield needed to be strengthened in the potential event that Mourinho loses two key individuals.

Another department that needs to be bolstered though is the full-back positions. Aside from having to use Ashley Young out of his natural position at left-back with Luke Shaw failing to convince Mourinho, the Portuguese tactician has also had to heavily rely on Antonio Valencia on the opposite flank.

In turn, with a lack of quality and depth on either side, it would come as no surprise if Man Utd opted to bring in a full-back, and according to Sky Sports, that’s exactly what they’re on course to do.

It’s claimed that Porto youngster Diogo Dalot will have his medical this week, while United may have to meet his €20m release clause in order to prise him away from the Portuguese giants.

It would appear as though Man Utd and Mourinho are keen to move quickly this summer to improve the squad, and it’s certainly a logical strategy. By wrapping up their business early, he can continue to plan over the summer while giving new arrivals as much time as possible to settle and build chemistry with their new teammates during or after the World Cup. 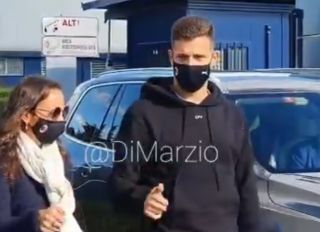