Arsenal could miss out on the bargain transfer of West Brom defender Jonny Evans as he reportedly holds talks over a move to Leicester City instead.

The Northern Ireland international had also been keen on a move to Manchester City but that seems to have fallen through as he negotiates with the Foxes, according to the Daily Mirror.

The report states Evans is available for just £3million following West Brom’s relegation from the Premier League, and another recent report from the Mirror linked him as one of Arsenal’s main targets for the summer.

This makes sense given the Gunners’ needs at the back, though they are not mentioned in the Mirror’s updated report on the players situation. 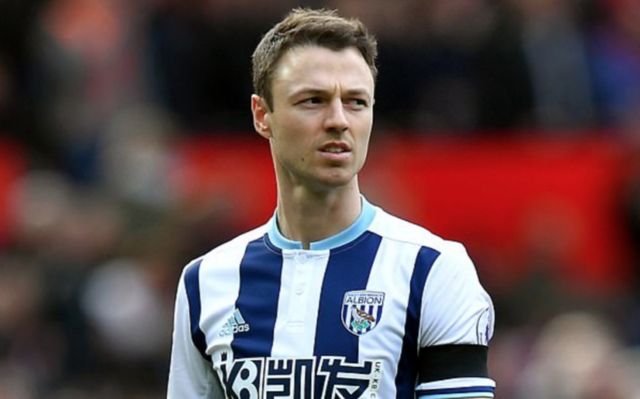 Despite previous Arsenal links, Jonny Evans is in talks over a transfer to Leicester City

Having shone at Manchester United earlier in his career, Evans seems like a player capable of playing for one of the top-half Premier League sides, and Leicester could also be a decent switch for him this summer.

Claude Puel’s side could do with more at the back as well as they need a long-term replacement for ageing club captain Wes Morgan, while Robert Huth recently left the King Power Stadium.