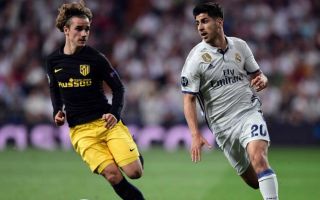 According to Don Balon, City are up against the likes of Manchester United and Chelsea for the Spain international’s signature this summer.

Asensio is said by Don Balon to be weighing up his future ahead of Real Madrid naming a new manager after the surprise and sudden departure of Zinedine Zidane.

Another recent report from Don Balon stated that United were in for the signing of the 22-year-old at around €100million, which seems a realistic idea of how much he might cost.

Asensio is widely regarded as one of the top young players in Europe, and has made a real impression whenever given the chance for Madrid.

While he is still not an automatic starter, Asensio should soon become more of a key figure in the team, particularly with some other players’ futures in doubt going into this summer.

The Daily Record have linked Gareth Bale with Manchester United, and his exit would surely free up Asensio to start more often.

That would be a double blow for City, who could then miss out on a top signing whilst seeing their main title rivals strengthen significantly in the process.