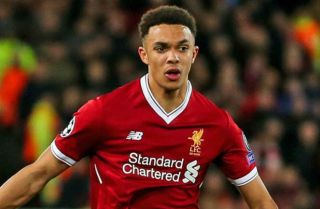 England host Costa Rica at Elland Road in their final international friendly before the World Cup 2018.

Jordan Henderson and Trent Alexander-Arnold start after they were given extended break following last weekend’s Champions League Final by Southgate, according to the The Telegraph.

READ MORE: How many Premier League games will be shown on Amazon and how can I watch it?

Alexander-Arnold had been pushing for a start after he scored a brilliant goal in training and England manager Gareth Southgate confirmed yesterday he would make his senior international bow.

Jack Butland will start in goal against Costa Rica, with Jordan Pickford having started the previously friendly against Nigeria, according to Sky Sports.

“We will make a lot of changes,” said Southgate. “At some point Trent Alexander-Arnold will get a debut. I have no qualms (about starting him first World Cup game). That is why he is here.

“I have not a player in the squad I wouldn’t think twice about putting into the opening game.

“He is here on merit, his quality has been top and he’s settled in with the group really well. It is a huge moment for him of course but well deserved.”

Jamie Vardy also starts for Southgate’s side after he failed to come off the bench against the Super Eagles on Saturday.

As for Costa Rica side who are ranked 25th in the world there are familiar faces on show with Arsenal forward Joel Campbell and Real Madrid’s goalkeeper Keylor Navas starting.

Bryan Ruiz is on the bench.

Here’s how the #ThreeLions will line up for our final game ahead of the @FIFAWorldCup! pic.twitter.com/ZGb7mMl0c9