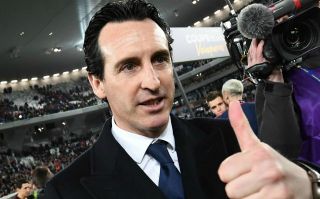 Arsenal are reportedly among the clubs interested in a summer transfer window swoop for Real Madrid playmaker Isco this summer.

Manchester City are also mentioned as suitors for the Spain international as Florentino Perez remains open to the idea of letting him go, according to Diario Gol.

Isco would undoubtedly be an exciting purchase for this new-look Arsenal side as they prepare for life under Unai Emery after his arrival to replace Arsene Wenger this summer.

While not too many of the world’s biggest names have been linked with the Gunners so far this summer, the Isco link is one that would undoubtedly get fans off their seats.

It has previously been claimed by Don Balon that Isco would likely cost around £70million, which would possibly put him out of Arsenal’s price range.

Arsenal’s current club-record signing is Pierre-Emerick Aubameyang for £56m, according to BBC Sport, so this would be a big statement by the north London giants if they were prepared to pay that kind of price.

Still, with Mesut Ozil not always convincing in that number ten role and Aaron Ramsey heading into the final year of his contract, a swoop for Isco makes sense if they can see off clubs like City for his signature.

One of the finest creative players in the world, the 26-year-old seems ideal for the way Arsenal played under Wenger, though it remains to be seen how much that kind of football will continue to flow under the more pragmatic Emery.

Either way, one imagines he’d love to have a creator of Isco’s quality at his disposal, as much as anything for the experience he’d bring after winning four Champions League titles with Madrid.