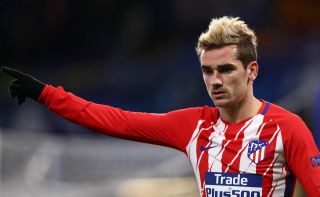 Barcelona are reportedly considering their options as they prepare to potentially miss out on the transfer of Atletico Madrid star Antoine Griezmann.

According to Don Balon, the Catalan giants would look to sign four players were they to fail to bring in Griezmann this summer, which would include potential raids on two big-name Premier League stars.

The report lists Liverpool forward Mohamed Salah as one option on their radar, while Tottenham playmaker Christian Eriksen could also be targeted.

However, Don Balon mentions Juventus’ Miralem Pjanic as a top priority for that creative midfield role, while moves for Bayern Munich midfielder Thiago Alcantara and Sevilla defender Clement Lenglet, plus a new left-back, are also mentioned.

Salah would be a sensational signing for Barcelona in attack, with the Egypt international enjoying a memorable first season at Anfield, scoring 44 goals in all competitions to pick up both the Golden Boot and PFA Player of the Year.

Eriksen, meanwhile, has been a star for Spurs for a number of years now and seems another Premier League player who could play for one of the big two in La Liga.