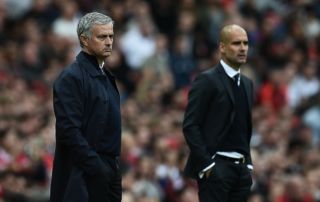 Man United could be about to rival Man City in the race to secure a deal for Germany and Real Madrid midfielder Toni Kroos, who hasn’t ruled out a move away from the Spanish giants.

Don Balon are reporting that Kroos is open to a change of club this summer, and that both Man United and Man City are keen on signing the Los Blancos star.

The news outlet are also stating that the isn’t overly confident with the fact that Madrid are yet to appoint a successor to Zinedine Zidane, and that he isn’t convinced with the way the club is heading.

Kroos has been an absolutely pivotal parts of Real Madrid’s impressive run in the Champions League these past few years.

The German’s overall contribution to play, as well as his ability to form a more than formidable partnership with Luka Modric, has been one of the key factors in Los Blancos win three consecutive Champions League titles.

If Man United and Man City are both serious about signing Kroos, we could be about to see the two do battle with each other in the race to secure the German’s signature.

Huge blow to Real Madrid’s title chances as key man is ruled out of upcoming fixture May 14 2021, 14:32
Real Madrid CF