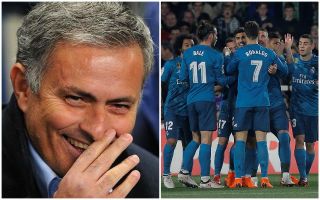 Manchester United may have been given something of a boost to their rumoured pursuit of the transfer of Real Madrid winger Gareth Bale.

There has been plenty of speculation surrounding the Wales international recently, ever since his bombshell following the Champions League final win over Liverpool.

Bale gave an interview to BT Sport in which he quite clearly stated he was disappointed not to be playing more and that he’d sit down with his agent to assess his situation this summer.

United are one of the clubs pursuing Bale strongly, with Don Balon reporting that talks over a deal have intensified in recent days.

Another report from Diario Gol now states that Real Madrid are already planning for Bale to give up his squad number as they plan to give the 11 shirt to Paris Saint-Germain forward Kylian Mbappe if they can sign him this summer.

While that is not yet guaranteed, the report suggests Madrid will look to take advantage of PSG’s precarious financial situation as they pursue Mbappe alongside other big names in attack such as Neymar and Liverpool’s Mohamed Salah.

The 11 shirt going free means Real seem to have decided on moving Bale on, say Diario Gol, so United will hope that means he’s edging closer to a move to Old Trafford.

The 28-year-old could be a superb addition to a side that lacked spark in attack last season as the likes of Alexis Sanchez and Anthony Martial failed to hit top form.

This could still be an expensive move, however, with another recent Don Balon report claiming Los Blancos want as much as £195million for the player.