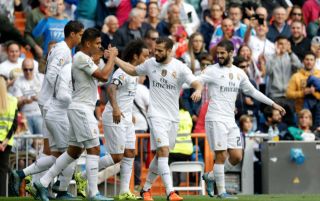 Diario Gol are reporting that the Argentine isn’t the biggest fan of the former Malaga man, and that Isco has said that he will be leaving should Pochettino make the move from north London to the Spanish capital.

The news outlet are also stating that Isco would be fine with both Jurgen Klopp or Massimiliano Allegri’s taking over the manager’s job, so it seems the Spaniard’s Los Blancos future may not be over just yet.

Isco has been more than impressive for Spanish giants Real Madrid since his move from fellow La Liga outfit Malaga in the summer of 2013.

The 26-year-old has managed to clock up a record of 42 goals and 52 assists in 240 games for the European Champions, an impressive return for a midfielder.

If Isco does end up leaving, Florentino Perez and co may have a hard time finding a replacement who possesses the quality on and the off the ball that Isco does.